I've got a couple more email entries to share with you all today.

BarbG has posted with us in the past and she does amazing layered work. 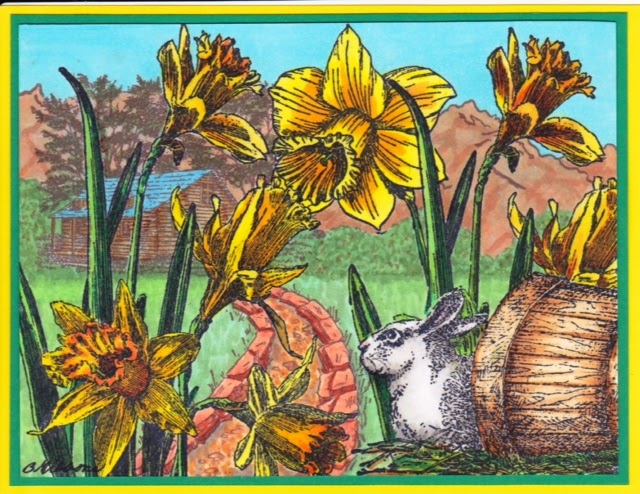 DawnR posts regularly on our challenge and she wrote: 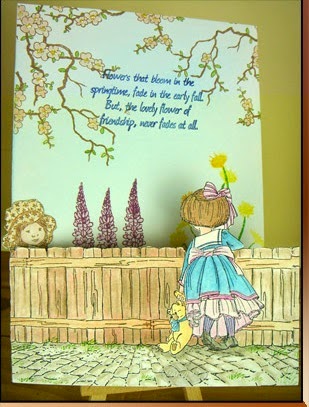 I've enjoyed mixing a selection of stamps to make my garden scene for this month's Craft A Scene challenge - I've called this entry "Over the Garden Fence".  I'd made the front of the card some time ago, using an ArtImpressions Front'n'Back stamp, together with their fence and cobbles*, but I wasn't sure what to put inside the card.  It needed to be something that could be seen over the fence, whilst also perhaps having something hidden to be revealed when the card was opened.  Then, when this month's challenge was announced, I looked through my stamps and came across the Winnie the Pooh set that I'd bought from a charity shop, which included this stamp of Pooh tenderly planting a flower, which I thought would be a great subject for the little girl to be looking at over the fence.  I added to the scene with plantpots from Lindsay Mason (Personal Impressions) and flowers from Clarity Stamp.  I made the mistake of stamping my sentiment (from Inkylicious) before I added the Clarity cherry blossom, so one of the branches is overhanging the words a little too far, but I hope it's still legible.To begin with, I left my scene like that, but it needed something to the left of the plantpots - and then, this weekend, I bought a Papercraft Inspirations magazine that had a set of freebie stamps - including thissecond little girl, who was ideal to go into that empty space.  I had to stamp her onto a separate piece of paper and cut her out to stick over the original scene, so that she could stand in front of the flower-pots. 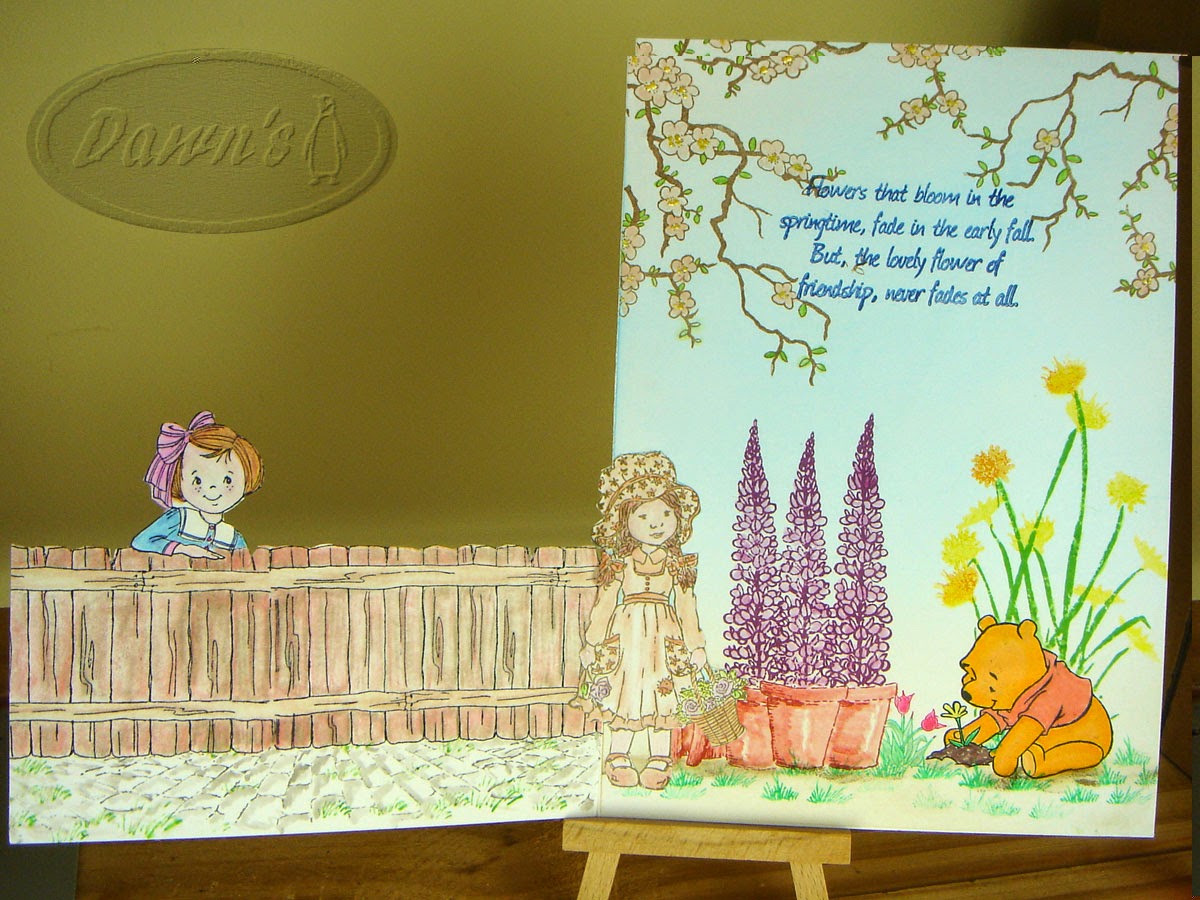 (*  PS: I absolutely love that cobbles stamp from Art Impressions - and it was through the Craft a Scene challenges that I discovered it!  I saw it used by one of your Design Team, Brenda, way back in July 2012, and I just had to have it!)


Well, that's all for today.  Happy stamping!
NancyD
Posted by NancyD at 8:00 AM

We would love to hear from you. Please email us with your questions and suggestions.

This is a special focus challenge blog that provides an opportunity for paper craft designers to showcase their scenic crafting. We especially love Stampscapes, Sutter and Beeswax stamps and will showcase techniques and tutorials using these wonderful stamps.

However, there are lots of companies that provide images for background scenes and it is okay to use any of them. You may also draw or paint in your own scene background.

As long as your project is finished (no ATCs or unfinished cards), and has background AND foreground images you meet the first challenge criteria.

Grab our badge for your blog 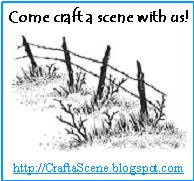 1. Have fun and make a new finished project. No back-linking! Your project must be completed whether it is a card, box, tag, scrapbook page or whatever (no ATC's or unmounted sheets).

2. You may create and enter up to three projects for each challenge.


3. Your project must have a scene! This means there are background AND foreground elements. We are focused on the scene not cute characters.


5. You must link back to this blog in your post. Please become a follower and add our badge to your blog. If you do not have a blog you may link from private forums like Split Coast Stampers or Crafters Cafe, or send me a picture of your project and I will add it to the challenge.

Become a follower and get all the latest news from Craft a Scene! 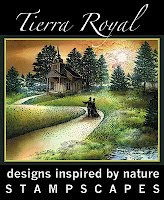